About York Rite of Maryland

While there is no greater honor or degree any man may hold than to be a Master Mason, the York Rite, as with many fraternal organizations, is home to many smaller bodies which are honorary (based on certain offices held, for example) or invitational (limited in number and admission is strictly by invitation, and not petition). These are some of those bodies which are active within the jurisdiction of Maryland.

Knights of the York Cross of Honour

The KYCH is an invitational body, open only to those who have served as the presiding officer of the four bodies which comprise the York Rite (lodge, chapter, council, commandery) 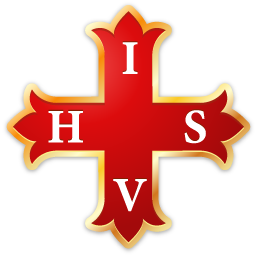 The Red Cross of Constantine

Knights Companions of the Order meet in Conclaves of the Red Cross of Constantine and a member must be a Royal Arch Mason in good standing and subscribe to a belief in the Christian religion as revealed in the New Testament. Membership is by invitation and each Conclave has a prescribed membership limit.

Each applicant MUST BE INVITED, MUST HAVE BEEN A MASTER MASON FOR MORE THAN FIVE YEARS and MUST BE A TRINITARIAN CHRISTIAN BY FAITH. He further should hold the 32nd degree of the Ancient and Accepted Scottish Rite, although this may be waived if the Petitioner is a Knight Templar.

We require that all applicants must be entitled to honor in Freemasonry because of services performed for the Craft, the Church, or the Public. We consider offices held in Masonic Bodies as evidence of service performed to the Craft. Also, honors already received in the fraternity such as the K.C.C.H., the 33rd degree, the Red Cross of Constantine, the K.Y.C.H., etc.

We also consider services such as offices held in Church, activity on Boards and Committees, active work with the Boy Scouts, DeMolays, Community drives, etc., or other types of evidence of service performed for one’s fellow-man. We judge each application on its own merit. Our concern is that they meet our basic requirements and that they are worthy of the honor of membership as a reward for service they have performed.