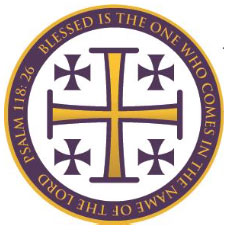 To send credentialed Christian Ministers on a Biblical study and historical/cultural immersion experience who would not have the opportunity otherwise.

To strengthen Christian ministry by providing an intensive travel and study program for credentialed ministers in the form of a study-pilgrimage to the Holy Land. Our experience tells us how much the opportunity to ‘walk where Jesus walked’ can positively affect the preaching, teaching, and spirituality of Christian ministers. It is our plan to immerse the Pilgrim ministers in the land, the sights, the sounds, the history, and the cultures of the Holy Land, past and present.

The Committee on Holy Land Pilgrimage of the Grand Encampment organizes and supervises the planning and execution of the overall program and the pilgrimage travel groups each year. Travel is usually done during February (and sometimes into March). Pilgrimages are eleven days long with nine days in the Holy Land.

Pilgrimage groups meet at an airport in New York and travel together from that point until their return to New York. The cost per Pilgrim Minister varies from year to year and is announced in the spring by the Chairman of the Grand Encampment Committee on Holy Land Pilgrimage.