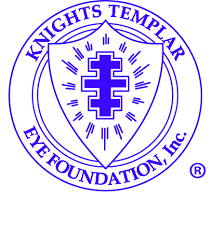 The original mission of the Foundation was “to provide assistance to those who face loss of sight due to the need for surgical treatment without regard to race, color, creed, age, sex or national origin provided they are unable to pay or receive adequate assistance from current government agencies or similar sources and to provide funds for research in curing diseases of the eye.”

On December 31, 2010, the Knights Templar Eye Foundation, Inc., by direction of the board, shifted the Foundation’s focus and adopted a new mission statement “to improve vision through research, education, and supporting access to care.” The Foundation now only participates in direct patient care through the Seniors EyeCare Program in partnership with EyeCare America and the Foundation of the American Academy of Ophthalmology. With this change, the Foundation is benefitting untold millions in generations to come through grants that support research and education. Our research dollars have helped develop new, nonsurgical, treatments for strabismus (crossed eyes) and ophthalmologists have told us that our efforts in funding pediatric ophthalmology research have been the primary reason that there are fewer and fewer surgeries for strabismus. The Knights Templar Eye Foundation, Inc., annually announces its call for research grant applications. The Foundation invites eligible investigators to submit applications for pediatric ophthalmology research grants for the award period which normally runs from July 1 to June 30. From the applications received, the Scientific Advisory Committee recommends to the Trustees which requests should be funded.