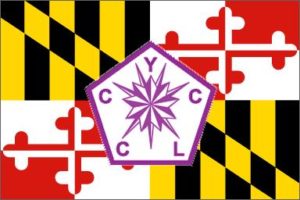 It has been a very interesting 6 months to say the least, and I would not feel incorrect in saying unprecedented in the history of Maryland Masonry. A social organization such as ours thrives on establishing personal connections, but due to the recent situation we have had to change our approach, at least for the short term. Thankfully, regular meetings are now authorized to occur again and our next scheduled communication is on the 17th of October in Odenton. This will be a business meeting, and will allow us to reset and prepare ourselves for the spring when we should be having a resumption of degree work. Due to the unforeseen circumstances surrounding COVID, the officers have remained in their current stations for an additional year, which will conclude in the spring as well. It is certainly important that we all meet as normally as possible, but I also want all members to feel comfortable. We will therefore be taking the now customary precautions and practicing social distancing and mask wearing during the meeting. If you do not feel comfortable attending, I certainly understand. However, I hope to see at the meeting if you do. Let’s move into the fall season with open minds and the builders’ desire to move forward and complete the task at hand. I look forward to seeing you at the meeting.

The York Rite College requires that all members (Knights of York) be York Rite Masons. Membership is by invitation. The prime function is to bring about a new coordination of the York Rite structure by means of fostering cooperation among the various branches of York Masonry. The Order of Knight of York depicts the York legend and brings to life the Craft’s urgent needs, which brought into being the legendary Charter of York awarded by King Athelstan to Prince Edwin in 926 A.D. The Presiding Officer of a subordinate College is the Preeminent Governor. The Governing Body is the York Rite Sovereign College of North America, presided over by a Most Preeminently Distinguished Governor General. Decorations are the Knight Grand Cross of York (KGCY) and the Knight Commander of the Purple Cross (KCPC). Meetings are referred to as Assemblies.

Existence was given us for action. Our worth is determined by the good deeds we do, rather than the fine emotions we feel. The York Rite Sovereign College of North America encourages subordinate York Rite Colleges:
To foster a spirit of cooperation and coordination among all the bodies of York Rite Masonry;

To assist in worthy efforts to improve the ritualistic and dramatic presentation of York Rite work;

To conduct an educational program in order to inculcate a greater appreciation of the principles, ideals and programs of York Rite Masonry;

To strengthen York Rite Masonry in every proper manner;

To build a love of country and to aid and support genuine patriotism;

To reward outstanding service to York Rite Masonry by awards, honors and other methods of proper recognition;

To support Charitable and Benevolent endeavors of Freemasonry.

OUR KNIGHTS OF YORK

God divided man into men, that they might help each other.

The real difference between men is energy. A strong will, a settled purpose, and an invincible determination can accomplish almost anything; and in this lies the distinction between great men and little men.

Our Knights of York have distinguished themselves as great men as concerns the purpose of Freemasonry, and more especially the York Rite.

It has been said that talent and worth are the only eternal grounds of distinction. To these two characteristics the Almighty has affixed His everlasting and exclusive rights of outstanding dignity, and in these is what make the bright immortal names to which our children, as well as others, may aspire.

Those whose names appear in these pages have used their talents for the worth of York Rite.

To those whose names appear in this new century, we commit the Great Charter of our Order and charge them to grant to the York Rite of Freemasonry, insofar as they find it possible, their favor, approbation, patronage, and protection. May they use their talents and show their worth.

THE LEGEND OF YORK

“This craft came into England, as I tell you, in the time of good king Athelstan’s reign; he made then both hall, and also bower and lofty temples of great honor, to take his recreation in both day and night, and to worship his God with all his might. This good lord loved the craft full well and purposed to strengthen it in every part on account of various defects that he discovered in the craft. He sent about into all the land, after all the masons of the craft, to come straight to him, to amend all these defects by good counsel, if it might so happen. He then permitted an assembly to be made of divers lords in their rank, dukes, earls, and barons, also knights, squires and many more, and the great burgesses of that city, they were all there in their degree; these were there, each one in every way to make laws for the state of these masons. There they sought by their wisdom how they might govern it; there they found out fifteen articles, and there they made fifteen points.”

Membership
Membership shall be limited to Regular members who are in good standing in a Symbolic Lodge of Master Masons, a Chapter of Royal Arch Masons, a Council of Cryptic Masons [or Royal and Select Masters (Masons)] and a Commandery or Preceptory of Knights Templar, and who are actively engaged in working for the York Rite.

Membership in this College shall be by written invitation only.